Anthony’s Travel were a winners of the Cheshire High Sheriffs Enterprise Award for Corporate Social Responsibility 2015.

Anthony’s Travel were a proud winner at Cheshire Business Awards 2014 in the Corporate Social Responsibility category.

Anthony’s Travel were a proud winner at Cheshire Business Awards 2014 in the Corporate Social Responsibility category. The Awards were held at a jammed packed Chester Race Course with some of the biggest and brightest companies Cheshire has offer.

With an increase of over 40%of entrants, this years awards were particularly tough to judge especially the category in which we were entered. We have been reliably informed that this group was this the tightest of them all.

We are really proud to have made the final three and that the work we do within the local community and with the charities that we support was recognised.

High Sheriff’s Awards for Enterprise – Anthony’s Travel from The University of Chester on Vimeo.

As a family owned company based in Runcorn, Cheshire, Anthony’s Travel takes its responsibility to the local community seriously.

We are proud of our background, geographical location and local workforce, whilst at times it seems the world is a smaller place its important to recognise the needs of your own locality,therefore we endeavour to support and strengthen our links within the local community offering our time,assistance and where possible funding.

We have carefully selected the following locally based organisations and good causes based on family, friends and workforce personal experience which we are most proud and passionate to support :

Halton Haven Hospice is a local independent Hospice situated in Runcorn, serving the people of Widnes, Runcorn and surrounding areas.

Set in its own grounds, it aims to provide skilled nursing and medical care within a peaceful and relaxed setting away from the hustle and bustle of the hospital environment. There is no charge; the Hospice service is free.

The Hospice provides palliative care for those people whose illness cannot be cured but who nevertheless require intervention from time to time, to limit the impact of the illness. This aspect of care is generally referred to as pain and symptom management and is something that hospices specialise in.

Those patients coming in to the Hospice for pain and symptom management will, once they feel better, be discharged home with support arranged. The Hospice also provides respite care which though helping the patient and their family often enables people to stay at home in the long term.

Sometimes people are admitted to the Hospice because they are very ill and are going to die within a very short period of time. Unfortunately because of this, many people do not wish to come into a hospice, often assuming that hospices are sad and depressing places. The Hospice is a surprisingly happy place because we focus on the person and not just their illness. Staff working within the Hospice, gain a great deal of satisfaction from being able to spend time with patients and their families.

Whatever the reason for admission, the aim is for people to live their lives as normally as possible. The Hospice works as a team, with health professionals from both the hospital and community, in promoting this.

Halton Haven Hospice relies on the support of the community. Each year it costs in access of £2,000,000 to maintain our services, over half of which we need to raise through voluntary contributions.

Support from local businesses is integral to keep Halton Haven Hospice functioning in the community. Anthony’s Travel work closely with the Hospice and provide us with a phenomenal amount of support not only financially but also through time and effort to help us to achieve successful fundraising events & campaigns.

Find out more and offer your support at www.haltonhaven.co.uk

The Mark Gorry Foundation was founded in 2009 by Mark and Leah Gorry with the support of their closest family and friends.

Mark had been battling testicular cancer for 9 months and wanted to offer help and advice around the signs and symptoms of testicular cancer and promote self examination, as well as raise one million pounds for Clatterbridge Centre of Oncology and supporting charities, as a thank you for the care they gave him through his illness.

Unfortunately, Mark passed away shortly after the foundation was started but the team are committed to making Mark’s vision come true. In the last 2 years the MGF delivered education and awareness sessions across England and Wales to thousands of people, including an award winning entry to the Manchester Pride Parade 2011.

Mark was employed by O2 Preston Brook, Anthony’s Travel are an official supplier of staff transport to O2/ Telefonica and were delighted to be approached and be associated with the Mark Gorry Foundation.

Find out more and offer your support at www.themarkgorryfoundation.co.uk

Anthony’s Travel first met Omar in 1992 when as a five year old and we transported him to school. Despite his disabilities Omar is a world class athlete having shown determination to win countless medals in hundreds of competitions.

Down’s Syndrome gymnast Omar Haddad, 23, of Downside, struck gold in the floor, rings, parallel bars, horizontal bar and all-round disciplines, in the Special Olympics in Athens in 2011. He also secured bronze medals in the pommel horse and vault . Over the past 12 years have supported Omar and provided vital funding so he could live out his dream and compete in his chosen sport at competitions throughout Europe.

Anthony’s Travel are really proud of Omar and will continue to support him in his sporting endeavours. 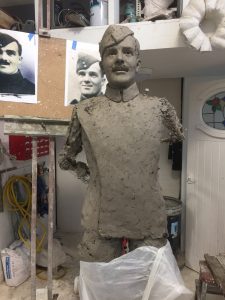 Sgt. Thomas Mottershead statue appeal are extremely proud and honoured that Anthony’s Travel were at the launch of the Sgt. Thomas Mottershead statue appeal in Widnes Victoria Park on Tuesday 20th May 2014, and they have been supporting us ever since. Not only have they donated to the appeal, but they have provided much needed valuable advice on how to promote the appeal, and given us a belief that we can raise the funds to bring this statue to fruition and make the people of Halton PROUD of their hero.

The statue isn’t just about Tom, he represents everyone who has and are willing to serve our country irrespective where they come from and what they have done or doing. Tom also shows that everyone can help in one way or another others who are in a less fortunate position. We truly believe other local companies have started to support us because of Anthony’s Travel support. They have also introduced us to Widnes Vikings who are now a supporter of the Appeal. The Committee cannot thank Richard Bamber and Anthony’s Travel enough for their valuable support.

“A Top Local family run Company run by Top Local People who give valuable support and investment in local community projects and people.”

As the founder of both the Todger Jones and Sgt. Thomas Mottershead statue appeals, I would like to thank Richard and Anthony’s Travel for making a big difference in making both appeals come to fruition, they have helped and guided me through difficult times in fund raising, each time has made a big difference. I can honestly say, without Anthony’s Travel both appeals would have struggled. They put me in contact with other people who could and did help the appeal, and still do. All thanks to Richard and his team. 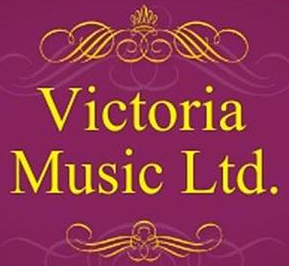 In 2007 Robert Littler formed Victoria Music Group in the community as there were children all over the Halton borough with litttle means to be involved in the performing arts. Since that time Robert and his volunteers have worked tirelessly providing opportunities for hundreds of people along the way. They have produced theatre shows giving access to people who never dreamed they would participate in performance at that level and the charity has grown from strength to strength.

Robert has this to say…”Without the help of fabulous companies like Anthony’s Travel we could not afford to all we do for disadvantaged and disabled people. The Team at Anthony’s really gets behind community and has been an immense help to Victoria Music and we are proud to have the connection with such an amazing local business.”

Widnes Vikings is pleased to work with Anthony’s Travel through its Business Ambassador Network. The Vikings are proud of its work in the community, delivering projects across core strands including health and physical activity, social inclusion, school sport, and education with an annual reach of 15,000 people. We were proud to be awarded the RFL ‘Foundation of the Year’ award at the 2016 Man of Steel Awards which signified the good work and progress we had made.

Our Mission: To use the power, inspiration and values of Widnes Vikings to make a difference through:

Our Goal: To engage, educate and inspire the local community to bring about positive change and new opportunities for all through sport.

The work of the club in the community is made possible by a variety of partners. We were delighted that Richard agreed for Anthony’s Travel to become the first Ambassador Member back in September 2015. The Network has grown from strength to strength and is now made up of over 50 businesses. 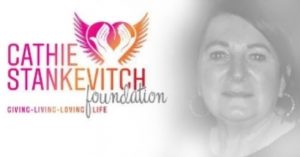 The Cathie Stankevitch Foundation was founded in November 2015 after the tragic death of Cathie Stankevitch who was struck by a vehicle whilst out walking her dogs along a public footpath in Widnes in late September 2015. Cathie was a passionate supporter of local charities and particularly passionate about the welfare of children and young people in Halton, and she was a huge loss to her loving family and a huge loss to the local community, where she had many friends.

Cathie’s son John, took him mum’s passion for social inclusion and opportunity, for children and young people, and put together a vision for making positive changes in his mums name, and in September 2016, the Cathie Stankevitch Foundation was granted official Charitable Status.

2016 was a year of fundraising for the Cathie Stankevitch Foundation and the support shown in the events that were hosted was fantastic, with the highlight being a Legends Charity Rugby League event involving former Professionals from Widnes Vikings and St Helens. The day raised over £10,000 and the funds will be used for numerous Community Projects in 2017, incuding a sports inclusion project which will provide disadvantaged young people with sportswear and sports equipment to enable them to participate in sporting activities outside of school hours.

2017 is set to be a huge year for the Charity, with a full program of fundraising events already planned out, including what will now be the Annual Legends Rugby Event, a Golf Day, numerous Motown and Soul Evenings, and some childrens themed events. In addition to the fundraising events, achieving Charity Status has enabled the Cathie Stankevitch Foundation to think even bigger and plans are in place to create some exciting and unique facilities in Halton which will open up many opportunities to help local children and young people develop their skills.

After such a fantastic first 12 months, the Cathie Stankevitch Foundation were honoured to be nominated for the Wire FM Local Hero Awards in the category of ‘Contribution to Charity’. It was even more incredible to hear local people talking about how inspired they had been through the work that John has undertaken thus far in his mums name. Being chosen as the winner of the Contribution to Charity award was simply amazing, and the award was dedicated to the sacrifices that Cathie had made for her family and friends throughout her life.

Adding further inspiration for the Trustees and volunteers to strive to make even more of a difference to others in 2017 and beyond.

To find out more about our involvement in local projects, take a look at our news articles…

Or watch our video…